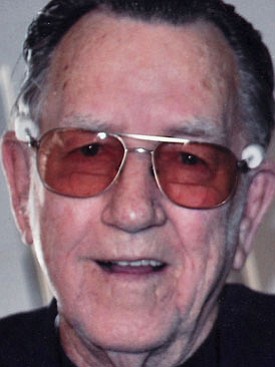 Virgil Edward Heath Sr. was born Jan. 17,1932, in Bon Air, Ala., and passed away Thursday, Aug. 23, 2012, at his home in Golden Valley. He was the son of Ives Heath and Mary Wingo Heath of Sylacauga, Ala. He married Mildred Elrod on Jan, 23,1951. They had three children, Brenda Heath-Hess, Deborah Heath-Wright and Virgil Heath Jr. They also have four grandchildren.

He worked in the casino business for many years not only in the state of Nevada but he was one of the first to help open the casinos in Mississippi. While he was the manager of the Nevada Club in Laughlin he held the Guinness World Record for the longest Texas Hold 'em game ever dealt by one of his dealers. It helped put Laughlin on the map.

He suffered for many years. He was my father. I remember when I was a small child living in Alabama, him looking at my mother and saying "You see that back yard, I'm going to fill it up with kids until I get a boy!" Well, he finally got his son, Virgil Edward Heath Jr. I tried all my life to earn my Daddy's love, the same kind of love that he could only give to his son, a feat that I could never accomplish. But he was my hero! I miss you, Dad. Only God can judge you and you will be in my prayers forever.

Written and submitted by his eldest child, Brenda Heath-Hess.