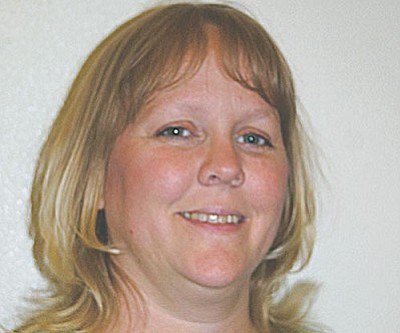 The Kingman Unified School District Board will vote on Tuesday to hire Gretchen Dorner as the school's new principal for the 2013/2014 school year.

Dorner is currently the director of the district's Title I and student assessment program.

The KUSD board accepted Elwood's resignation at the beginning of March, despite numerous requests by students and parents to reject it.

The district had to work quickly to find a replacement for Elwood, Jacks said.

"We wanted the new person to be an integral part of planning for the new school year," he said.

The district also has to notify administrators, such as principals, if it will renew their contracts by April 15.

Eleven candidates applied for the job from KUSD's nationwide search, he said.

A committee made up of two community members, two Lee Williams teachers, the dean of Lee Williams, the district's Human Resource director and the district director of curriculum paged through the applications and picked five finalists, Jacks said. One finalist dropped out and one never showed up for the interview.

"Gretchen has an excellent reputation in the district," Jacks said.

The district hired her in January 1990. Since then, she has served as a teacher at Hualapai Elementary School, an assistant principal at both Hualapai and Manzanita elementary schools and principal at Manzanita. She took her current position as Title I director in August 2008.

Jacks said he has not received much feedback from students, but many parents seemed pleased with the choice.