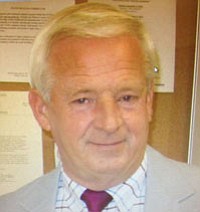 On Sunday, July 28, 2013, Bruce H. Brown Jr. died peacefully at his home surrounded by his family. He had been battling cancer since late last year and was in the care of hospice.

Born Dec. 18, 1951, in Watertown, N.Y., Bruce went on to join the Army. He served in Vietnam and continued his Army career until his retirement in 1990. He was a member of the VFW.

His 20-year career with the Mohave County Sheriff's Office began as a detention officer in 1992. In 1993, he was assigned as a senior drill instructor at the Sheriff's Office SHOCK boot camp and attended training at Fort McClellan, Ala. Bruce was promoted to assistant jail commander in 1994, then jail commander in 1997. He had many accomplishments during his 20 years with the department, was always rated a superior performer and will be missed by not only his Sheriff's Office family, but also the entire criminal justice community within Mohave County.

There will be a viewing at Sutton Memorial Funeral Home in Kingman from 5 to 7 p.m. Friday, Aug. 2; a memorial service at 10 a.m. Saturday, Aug. 3, at the Lee Williams High School auditorium; and a graveside service after at Mountain View Cemetery, with a reception for family and friends to follow.

Donations will be accepted at Bank of America in the name of Jennifer Brown, account number 0046-8174-5337.