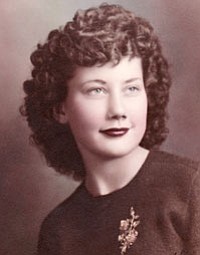 Mother was gently cradled into our Lord's arms Saturday, Aug. 3, 2013, surrounded by her loving family at the Joan and Diana Hospice Home in Kingman. Born June 30, 1929, in Sioux City, Iowa, to George Dale Manson II and Millie May Siefke, who was a homemaker with many talents. Dorothy, their first child, was followed by Phyllis Jean (1930) and James Lyle (1938); a niece, Dorothy Jean Meyer, completed the family in 1946.

Raised in Correctionville, Iowa, in a loving home, she did bookkeeping for her father's business, Manson & Son Construction, and the family's gas station (now a national landmark).

Graduating from Correctionville High School at 16, she became an assistant teacher. She moved to Chicago, Ill., in 1947 and married Lee Dillon on July 3. She became the stepmother to Daniel Lee Dillon (born 1938). Together they had Barbara Lee (1950), Gayle Michele (1951) and Cindy Marie (1956). While living in Illinois, she was a school secretary and assistant teacher.

The family then moved to California, where she was bookkeeper for their trucking business and for Rite-A-Way Trucking. She also drove 18-wheelers for their company.

Lee and Dorothy divorced but remained friends. Dorothy returned to Kingman in 1995 to care for Lee until his death in 1996. Mother remained in Kingman caring for Cindy until her passing in 2001. She enjoyed life in Kingman with her many friends, family and activities. She retired from Wells Fargo Bank and volunteered for the Kingman Police Department. She was a member of Moose Lodge 1704, enjoying their activities and events. She loved crocheting and needle-pointing gifts for family and friends. She enjoyed her bingo buddies, entertaining at home, meetings of the Copper Toppers, playing cards and games, and, of course, an occasional excursion to Laughlin, Nev., and coconut shrimp dinners.

Dorothy is survived by her brother, James (Lillian) of Iowa; daughters, Barbara Lee Dillon-Tucker and Gayle Michel Dillon-Hager (Michael), both of California; grandchildren, Jerry (Diane) Tucker, Daniel (Belle) Hager, Robert Hager, Nicholas Hager and Michael Hager, all in California; and David Bock, Dennis Bock and Cori Bock-Thompson, all of Kingman; great-grandchildren, Cassidie and Christina, both of Arizona, and Zachary and Timothy of California. She is also survived by nieces, Jean and Christie in Iowa, Suzie of Oklahoma; and nephew, Terry in Kansas. In Kingman she is survived by nieces, Jean and Diane (Phil), and let's not forget her ever-present pal, Charlie.

Our family expresses our deepest appreciation to Elaine Fowler, FNP, Dr. Al-Khatib, the Kingman Regional Medical Center, the KRMC Cancer Center, and Dr. Nagle, Dr. Van Tuyl and their entire staff. Thank you to all who visited her during her hospital stays, and while confined to home.

Words cannot express our feeling for the outstanding care and consideration by the staff, nurses and doctors at the Joan and Diana Hospice Home. Mother's final days and nights were comfortable and filled with dignity. Special thanks to Jeanie from Iowa and Joan from Florida who came to Kingman to provide 24/7 care for our mother for several weeks/months during the early part of her illness. A special thank you to Jean, Diane, Diane's husband Phil, Cori and Dennis, for their constant vigil and care of mother, and to her grandchildren. With their help, mother was able to rest easy and felt safe.

A graveside service will be held at a later date at Fairfield Cemetery in Woodbury County, Iowa.

Donations may be made to the Joan and Diana Hospice Home or The Kingman Regional Cancer Center.

Thank you for loving our mother...we loved her so much.