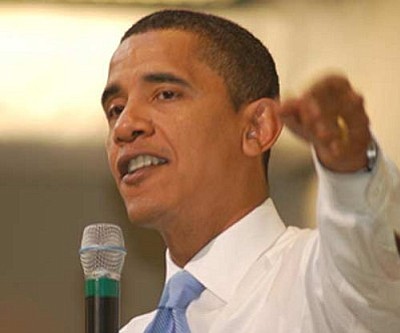 Remember? Sept. 11, 2012, al Qaeda-linked terrorists attacked the embassy in Benghazi, Libya, resulting in the murder of the ambassador and three other Americans.

Remember? Obama's administration immediately began obscuring details and lying about the attacks, steadfastly claiming they were the result of a "spontaneous" protest over an anti-Islam video.

Remember? Obama lied about it, Clinton lied about it and the U.N. Ambassador Susan Rice repeated the lies, verbatim, on five different news programs.

The Obama administration's attempted cover-up continues even today. Obama's Minister of Propaganda, Jay Carney, refuses to admit the truth. Obama's administration persists in hindering investigations and thwarting attempts to find the truth, administration bureaucrats still maintain the lies, and Hillary still screeches, "What difference, at this point, does it make?"

It is unbelievable. It is almost incomprehensible. CNN actually provided a fairly (?) factual and reasonable accounting of what occurred in Benghazi, Libya (Truth About Benghazi, Erin Bernett, CNN, 7 p.m., Tuesday, Aug. 6). They actually reported that the attack on the U.S. diplomatic compound was not a spontaneous reaction to some anti-Islamic video, the message Obama, Clinton, and the programmed talking head, Susan Rice, continues to try to churn out. Their report correctly reported the attack was planned and carried out by al Qaeda jihadist Ansar al Sharia. They also questioned the State Department's lack of response and the administration's failure to grasp the importance of the situation.

But CNN couldn't pass up the opportunity to accuse Republicans of using Obama's disinformation scandal for political gain, even though the House investigations have only been trying to obtain facts and expose the truth about the cover-ups.

And Obama's pimps continue to disparage his critics.