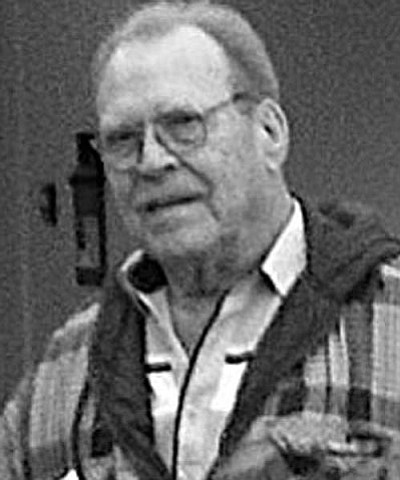 Rich married Lois, the love of his life, and they lived happily for many years in Simi Valley, Calif.  He was an active member of the Elks and Moose Lodge and he loved cars, was an avid golfer and had a passion for inventing things.  He enjoyed his sporting teams and giving his son a hard time when his teams beat his son's. In 2004, Lois and Rich moved to Kingman to enjoy their golden years. They met so many wonderful people in Kingman.  Rich also loved being a member of the VFW and all of the people there.

Rich is preceded in death by his parents, Helen and Fred, his brother Gerald, his sister Wilma and his wife, Lois.  He is survived by his son, Jim (Gina), his sister Phyllis and his granddaughter Tiffany, who just recently was married to Jesse. Rich will be missed by those whose lives he touched but never forgotten.