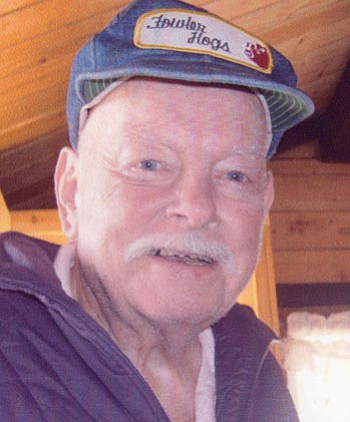 Ralph J. Slavik, 85, passed away Monday, July 1, 2013, peacefully at home in Cottonwood, Ariz., with his beloved wife Eve by his side. Ralph and Evelyn recently moved to Cottonwood from Kingman, where they had lived in an old Stuckey's Restaurant on historic Route 66.

He was born Dec. 16, 1927, in St. Paul, Minn., to Frank and Mary Slavik from Bohemia. Ralph, a veteran, joined the Marines during World War II and after his discharge was active in the reserves.

Ralph graduated from the University of Minnesota with a degree in engineering. He worked as an aeronautical engineer at Allison's in Indianapolis and then at NASA in Cleveland, Ohio. He retired in the '70s and moved to Kingman.

Making good use of his pilot's license, he was a pillar of the experimental aircraft group in Kingman. For many years Ralph built experimental aircraft in his living room at home. One of these kit planes was donated to the Kingman chapter for the EAA. He was also an accomplished auto mechanic, restored old cars, was an avid stock trader and active in community theater groups and was himself a playwright. He also volunteered at the Kingman Regional Medical Center for more than 10 years.

Gleaming stars and dramatic scenery formed the backdrop for much of Ralph Slavik's life. Retired in his '50s, he let his worn hiking boots carry him and friends who were lucky enough to accompany him through the many jewels of nature within the U.S. National Parks. In his '60s he found the love of his life and a companion equal to the challenge of often arduous hiking - his wife of 24 years, Evelyn. Together they covered a range of territory that would put many able-bodied college-age people to shame.

They also enjoyed many glorious rafting trips with his good friend and rafting buddy, Fred, and his son, Frank, who often served as "Chef." Ralph was an avid walker and 3- or 5-mile walks a day were routine. One accomplishment was his hike from rim to rim at the Grand Canyon.

He is survived by his wife, Evelyn; sister, Beatrice Backer; sons, Frank Slavik (Laurel) of Plymouth, Minn., and Daniel Slavik of Phoenix; daughters, Diane Corey (Steven) of Chicago and Donna Slavik of Massachusetts; stepchildren, Paul O. Dunn Jr. (Nancy) of San Diego and Cheryl Heimer of Sedona; and many grandchildren, great-grandchildren and great-great-grandchildren.

He was preceded in death by his parents, Frank and Mary Slavik; brothers, Maynard, Alvin and LeRoy Slavik; and sisters, Esabell Jones and Elizabell Slavik.

Memorial services will be held at 1 p.m. Friday, July 12, at Westcott Funeral Home in Cottonwood. Burial will follow at the Sedona Community Cemetery in Sedona with military honors. Donations can be made to University of Minnesota, St. Paul, Minn., or Boys Town, Nebraska.

An online guestbook is available at www.westcottfuneralhome.com.