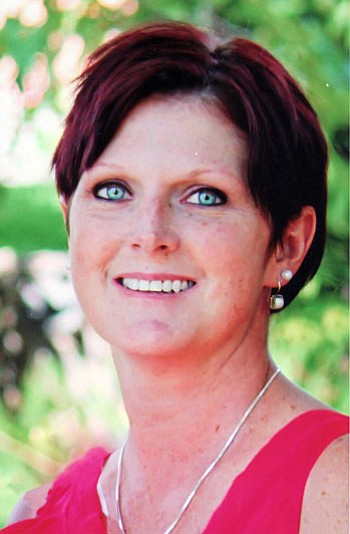 Tracie Irene Pemberton-Stratton, 37, was cradled in the loving arms of the Lord on Wednesday, July 10, 2013.

She was born in Kingman on June 22, 1976, and remained a Kingman resident where she raised her family. She will be remembered as a strong and determined mother who would do anything for her boys. She is survived by her four children, Dustin Stratton (18), Tyler Stratton (17), Collin Stratton (16) and Cale Stratton (12).

Tracie was preceded in death by her biological father, Michael G. "Geoff" Willyerd, and many grandparents who greeted her lovingly.

She is survived by her parents, Lori and Leonard Cornwall of Kingman, and Rick and Debbie Sixberry of Boulder City, Nev.; her siblings, Krystal Sixberry of Mesa, Shawnna and Jimmie Clark, and Crystal Layne, all of Boulder City; Patrick Layne of Seminole, Fla., Lynn Farr of Wagner, S.C., and Dennis Cornwall of Kingman; many aunts and uncles, including her devoted caretaker, Aunt Renee Hagen of Kingman; several nieces and nephews; many cousins, great-aunts and great-uncles, and friends who loved her and will all miss her deeply.

Having a calling in life to help people, Tracie went back to school when the boys were young and became a registered nurse. She worked in the emergency room at both KRMC and HMMC until finding her true passion of being an oncology nurse administering chemo to patients at Cancer and Blood Specialists of Nevada in Bullhead City.

Although she only worked there for two months before her brain tumor was discovered, Tracie loved making a difference in the lives of people who were going through the same thing she was. She was unable to return to work after extensive brain surgery in January 2011 and missed being a nurse tremendously.

Tracie's smile could light up a room; even after being diagnosed with cancer she never slowed down or showed the pain she was in. She overcame every prognosis doctors gave her with her strong will to live by setting goals for herself and her children. Tracie was incredibly strong, courageous and determined to be here for her kids. The boys were the highlight of her life; she loved being a mom and raised exceptional young men. She is a true angel now and will be missed beyond words.

Services to celebrate Tracie's life will be held at 10 a.m. on Saturday, July 20, in the Hualapai Mountain Park, Recreation Area 2. We welcome everyone to enjoy the day with us in Tracie's favorite place as we remember the wonderful person she was.

In lieu of flowers, donations can be made to Tracie's children at Chase Bank account 988055026. Checks need to be made payable to Krystal Sixberry until a trust account is established. Donations may also be made in Tracie's name to the Kingman Cancer Care Unit.