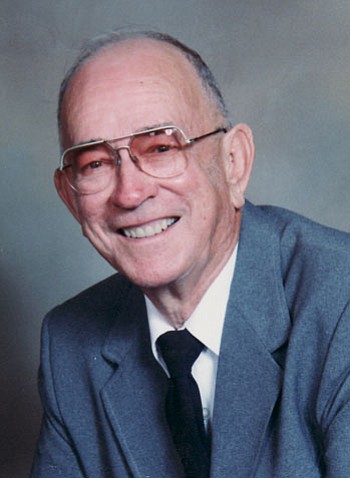 He retired as a Union Boilermaker before moving here. During his retirement, he owned and operated Chuck's Pilot Car Service. He was married three times; blessed with six daughters, numerous sons-in-law, seven stepchildren and a bounty of grandchildren. He became a great-grandfather shortly before his demise. Known as "Uncle Bud," he was loved by nieces and nephews.

"Chuck" was loved by many and was reputed as a "good friend" by neighbors and associates. It was Chuck's faith that made him remarkable and his persistence that made his life a success. His wit and quick humor endeared him to everyone. Chuck offered "goodwill" to those he met along his life's journey. God blessed him with a long life, loving wives, beautiful children and grandchildren and a great-granddaughter.

He was a World War II veteran and served in the United States Army. Charles P. Mathews was 89 years old when he died, yet so loving, one would find him "young."

Quiet services were held at 10 a.m., Saturday, June 1, at Sutton Memorial Funeral Home. Chuck will be laid to rest next to his wife of 42 years in Mountain View Cemetery. Father Mathews of St. Mary's will be overseeing the memorial service.