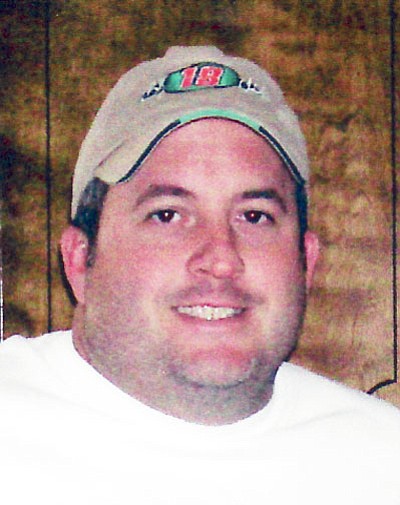 Charles Donald "Chuck" Long took the next step of life's great journey on Saturday, June 15, 2013, after a brief illness.

Chuck was born on Aug. 21, 1968, in Kingman to Charles "Bob" Long and Virginia Long. After graduating from the University of Arizona, Chuck worked for a private contractor to the BLM in Idaho and Washington state before returning to Kingman, where he worked for Mohave County Planning and Zoning for 10 years. Chuck then worked for Mohave Engineering, and at the time of his death, he was employed by Lingenfelter Investments.

In addition to his parents, he is survived by his adopted daughter, Samm Hunter; his brother, James Long; and a large extended family of aunts, uncles and cousins.

His ready smile and helping hands made a friend of all who knew him.

A celebration of Chuck's life is planned for his family in the near future at the Grey's River in Wyoming, which became one of Chuck's favorite places.

The family requests no flowers, but if anyone wishes to honor Chuck, they would prefer a donation to the Joan and Diana Hospice, 812 Airway Ave., Kingman, AZ 86409-3588.