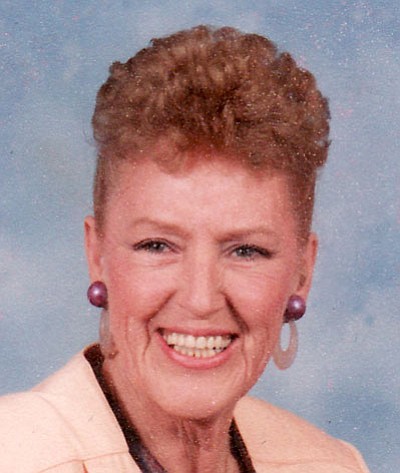 Marjorie R. Gibson was born to Frank and Ruby Reese in Memphis, Tenn., on Aug. 23, 1936. She was called to Heaven Wednesday, May 8, 2013, at 2:55 a.m. at Hospice of the Valley Sherman Home in Phoenix. She was preceded in death by her first grandson, Christopher, her father, Frank, stepfather Garno Dishneau and her daughter Marla.

Better known as "Maggie," during the '90s she was a successful restaurateur.

Her first one opened as Maggie's Diner on Northern Avenue, currently the Rainbow Diner. Her second and longest-owned was at the airport, Maggie's Flightline Diner. Arizona Airways magazine gave it a five-star rating in their publication. Another interest was Maggie's Place on Northern near Bank Street, now known as Grandpa's Kitchen.

After some 10 years in the business, she retired in November 1999 due to health issues. She was finally diagnosed with colon cancer in late 2000, had successful surgery in January 2001, and was a 12-year survivor. She is truly missed, but never forgotten.

A memorial service will be held at 3 p.m. Sunday, June 23, at Oak Street Baptist Church, 605 Oak St. The church phone number is (928) 718-0074; the website is www.oakstreetbaptistchurch.com; email is oakstrbapch@gmail.com.