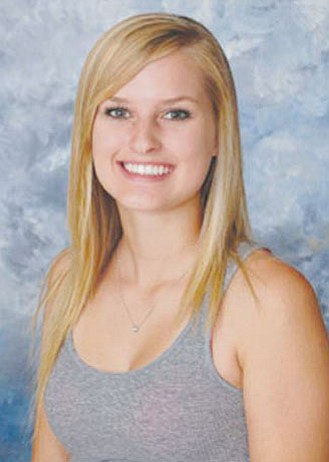 When the defendant is tied to his victims not by blood, but by an abiding history, and the courtroom gallery is filled with spectators who are also bound to the defendant and his victims, the drama takes on a strange, emotionally charged and sorrowful dynamic.

When Darrell Ray Ketchner brutally murdered Ariel Allison and very nearly killed her mother Jennifer Allison on the night of July 4, 2009, he damaged the lives of everyone he ever cared about and everyone who ever cared about him.

Darrell Ketchner took Ariel Allison's life. The wounds he inflicted on Jennifer Allison will plague her for the rest of her days.

His cruel violence did not, however, tear apart his two families. A long-ago affair brought them together. Love, compassion and dignity in the face of a horrific crime have kept them that way.

Ariel Allison's grandparents, Bob and Arlene Allison, and her aunt, Jeanene Allison-Reiland, have sat in the front row throughout the trial.

The late Shawn Allison was Ariel's father. He died in a car crash nearly 20 years ago and left Jennifer with two young children. His parents have played a major role in the lives of their grandchildren and, by extension, the lives of everyone in both families.

Ketchner's daughters, Ashley and Ariel, sat with their mother, but there was a stunning lack of tension in the courtroom.

At one point during testimony, Ashley Ketchner was comforted by Allison-Rieland. Bob and Arlene Allison refuse to say anything negative about the man who murdered their granddaughter. They have taken the high road out of faith and sensitivity to Ketchner's relatives.

Indeed, the two families have been achingly kind to each other, and for good reason: They've all known one another for the better part of two decades. Even the attorneys, prosecutor Megan McCoy and defense attorneys John Napper and David Shapiro, have been gracious with both sides in and out of the presence of Judge Rick Williams and the jury.

To be clear: McCoy is using every legal tool at her disposal to convince jurors Ketchner deserves the death penalty. Napper and Shapiro have done everything in their power to save his life.

While nobody can explain why this tragic chain of events occurred in the first place, it's important to understand how it began.

Widowed at 20, Jennifer Allison and her two daughters lived across the street from the Ketchner family: Darrell, Debbie, Ashley, Ally and Ariel.

The children played together. A tree house in the Allison backyard is a fond memory for them.

Ariel Allison and Ariel Ketchner-Harkness shared more than a first name. The two girls were the same age. They went to the same schools. They played together and grew close.

A few years later, when Darrell Ketchner and Jennifer Allison began their affair and Jennifer became pregnant with the first of three children they would have in common, things became tense between the families, particularly for Ashley Ketchner.

She is the oldest of Ketchner's daughters and a girl who was old enough to know her mother's heart was broken and Darrell Ketchner and Jennifer Allison broke it.

She was angry with both of them for a few years, until she was seriously injured in a car crash at 16 and learned how precious life is and how harmful holding grudges can be.

But the two Ariels were not fazed by the affair or its impact on the two families. They were 7 years old. They were best friends who were lucky enough to become sisters.

Debbie Ketchner, Darrell Ketchner's high school sweetheart and a woman who stood by her troubled man through thick and thin for more than 20 years, handled the betrayal with class, according to her daughters. The Allison children were welcome at her home.

Ketchner-Harkness grew close to Jennifer, especially when her father was in prison - a place he has lived for 15 out of the last 21 years.

Married to a soldier who is about to be deployed to Afghanistan, Ketchner-Harkness, 22, broke down when testifying about her relationship with Jennifer and Ariel Allison.

When asked if the killing of Ariel Allison and maiming of Jennifer Allison made her angry, Ketchner-Harkness appeared taken aback by the question.

Ketchner-Harkness said she ultimately had to let the anger go, and she did so for compelling reasons.

Neither Ketchner-Harkness nor Ashley Ketchner visited their father in jail for a year after the incident.

"I had to forgive him for what he did," Ketchner-Harkness said. "We already lost so much. I missed talking to him. I missed his jokes. Just because he did this and the way he did this does not make him a monster."

But Ketchner-Harkness had another reason to forgive her father, one that can only be seen as a healthy choice. She didn't want to bring that kind of baggage into a marriage.

"I wanted closure before starting life," she said. "I know he loved Ariel and Jennifer and he's sorry for what he's done."

While the murder trial of Darrell Ketchner has been full of epic drama and tragedy, the blended family has shown how strong bonds keep families tied together through the worst of times.

Instead of letting Darrell Ketchner's merciless and barbaric act tear them apart, they have allowed their horrible losses to strengthen them.

Now, it's time for a jury to decide his fate. Deliberations begin Monday. The jury has two choices, life without the possibility of parole or death by execution.