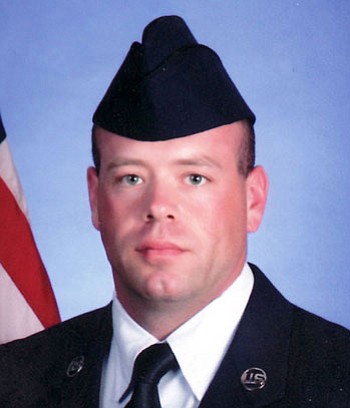 Nathaniel R. Swope, 30, passed away peacefully surrounded by loved ones on Tuesday, April 30, 2013, at his home in Kingman after a short battle with cancer.

He made a living doing what he loved - working on cars - until he joined the U.S. Air Force in 2011.

He was a lover of the outdoors and enjoyed cooking and making many lasting memories with his family. Nathaniel was a devoted, loving husband and father, who was an inspiration to all whose lives he touched. He will be dearly missed by all his family and friends.

Nathaniel is survived by his wife, Karen; seven children, Christina Charlotte, Schulyer Brant, Stephen Michael, Shawn Michael, Killian Blake, Emilee Jane and Savannah Rose; his parents, Rick and Linda; brothers and sisters; as well as many other family and friends.

Services will be held at 3:30 p.m. Saturday, May 11, at Hilltop Foursquare Church, 2215 Emerson Ave., Kingman, and it will be open to the community.