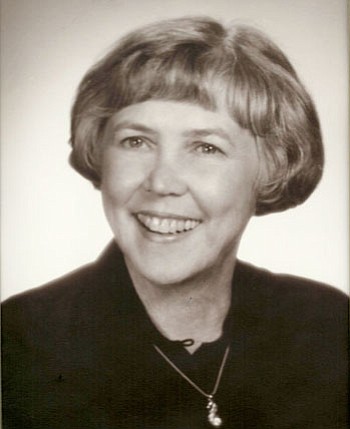 Norma Jean Bailey, 82, of Kingman passed away at home on Tuesday, May 7, 2013. She was born in Cincinnati to Grace and Carl Moore.

Norma graduated from Western Kentucky State College in Bowling Green, Ky. She came to Arizona from Memphis, Tenn., in 1961, and was a resident of Kingman since 1975. Norma worked at the Mohave Museum of History and Arts, first volunteering, then becoming the gift shop manager, and finally as director of the museum from April 1979 to August 1992.

Norma was an active member in the community, always involved in various projects. She was a lifetime member of the Soroptimist Club, and served on the boards of Kingman Regional Medical Center and the City Tourism Commission.

In 1986, Norma married Bill Bailey. After her retirement, they went on many wonderful trips. Her favorite destinations were Australia and a cruise through the Panama Canal. Norma enjoyed her Friday morning breakfasts with her friends. More than anything, Norma loved to laugh. She will be greatly missed by those who knew and loved her.

She is survived by 10 grandchildren, Elizabeth (J.J.) Peters of Glendale; Leia Sandefur of Kingman; Cassie (Joey) McEuen of Kingman; Andy, Emma and Henry Lindauer of Stroudsburg; Chelley (Jeremy) Green of Montgomery, Texas; Kacey (Ian) Boyer of Sulphur, La.; Catherine Valdez of Phoenix; and Jason (Allison) Bailey of Phoenix. Norma is also survived by 13 great-grandchildren, with another due in August.

"Well Pretty Lady, we've traveled many roads together and saw pretty countries; we had a great time together. Till we meet again, Sweetie, see you later." Love Bill and all our families. "On the Road Again"