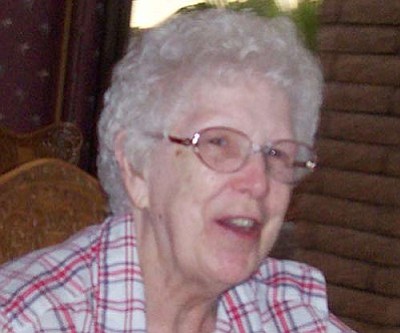 Iris Blanche (Kane) Bahr passed peacefully into the arms of our Lord on Thursday, April 4, 2013, with family by her side.

She was born July 10, 1932, in Cleveland, Ohio, being the third of four children of Kenneth and Mildred Kane. Her mother died when she was two years old so she and her siblings spent most of their childhood in foster homes around Ohio. She married Walter George Bahr Dec. 27, 1952, after he returned from duty in Korea. They had four children and she became a foster mother to over 48 children.

During this time she also went to college, graduating with a bachelor's degree in social services and working for many years in nursing homes in Phoenix. She retired in 1999 and moved to Kingman, where she still worked part-time at The Gardens for several years.

Iris had a great belief in the Lord her God and was the strong matriarch of her family. She is greatly missed by all.