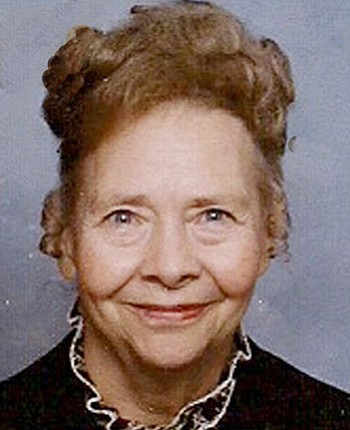 Lois Marie Reimer, 81, of Golden Valley passed away Tuesday, Oct. 15, 2013, following a diagnosis of cancer. In addition to the recent diagnosis, Lois had suffered since 1960 with debilitating arthritis and was anxious and ready to go home to meet her Lord. She always looked forward to the day she would be able to enjoy an active body, once again, in heaven.

Lois was born Sept. 30, 1932, in Haigler, Neb., and married the love of her life, Herman Harder Reimer, on Dec. 23, 1950, in Kennsberg, Colo. Herman has been a wonderful helpmate and caregiver during their nearly 63 years of marriage. Upon answering God's call to full-time ministry, Herman and Lois pastored churches in Colorado and Arizona. In addition to being very active in their pastorate, the Reimers committed many years to loving and caring for numerous foster children.

The family wishes to express its sincere appreciation to the staff at KRMC Hospice for their care and support of Lois during the past few months.