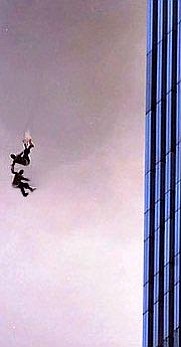 Obama's Pending Attack In Light of 9/11.

Lloyd Marcus , a self proclaimed unhyphenated American, is a speaker, activist, singer/songwriter, recording artist and entertainer. He has worked with the Tea Party Express and uses his many God-given talents to spread the truth - that conservatism is the best thing for all Americans.

Every 9/11, Lloyd Marcus pens an article about the anniversary, including the latest events of that year. Today, two days prior to 9/11/2013, he has again presented us with his latest which includes the insanity of the Syrian debacle. Did I mention that Lloyd Marcus is black? He encourages that his articles be shared, and I am sharing this one because, above all his other talents, this is his real talent - homing in on the truth and telling it like it is.

I encourage everyone to put his name in a search engine and read his other 9/11 articles.

September 11, 2001, I was annoyed at my wife, Mary. I was about to take a shower, yelling from the bathroom, "Honey, there is no water!" She had forgotten to pay the bill. In the small Florida town where we live, I would have to get dressed and drive two miles to the water company. Then wait for the leisurely paced workers to get around to turning my water back on. How annoying. What a pain. That was the biggest issue of my day that morning.

As the nightmare of 9/11 unfolded, several of my fellow Americans who simply showed up for work were faced with a horrific decision: whether to be consumed in the inferno or jump to their deaths from the towers. Many became "the jumpers." Who was responsible for putting my fellow Americans in such an unimaginable horrific position?

That same day, American Todd Beamer on board flight UA93 thought to call his wife Lisa but did not want to worry her. He called GTE supervisor Lisa Jefferson to say that their plane had been hijacked. Beamer led passengers in voting to storm the cockpit and take over the plane. Beamer instructed Jefferson, "If I don't make it, please call my family and let them know how much I love them." Jefferson heard Beamer's voice: "Are you ready? Let's roll!" Flight UA93 crashed in a field in Pennsylvania.

Who were the hijackers? Al-Qaeda.

Who were the attackers? Al-Qaeda.

Ironically, as we approach another anniversary of the 9/11 attack, Obama and Secretary Kerry are arguing that the U.S. is morally obligated to bomb the Assad regime for allegedly gassing al-Qaeda, which is responsible for the deaths of thousands of innocent Americans.

Obama and Kerry claim that their desire to bomb Syria is about Assad gassing a few hundred children and national security. America must not be perceived as a paper tiger.

As for Kerry and Obama claiming that we cannot risk America being perceived as a paper tiger, I say, "Too late." The 2001 September 11 attack was the result of past wimpy responses to terrorism by a Democrat president. Obama has merely continued the Democrats' weak blame-America-first tradition. Before unpacking his bags upon his arrival in the White House, Obama went on his world apologize-for-America-tour.

What has been our paper-tiger president's forceful response to terrorism? Pretend it does not exist. President Obama's relentless efforts to protect his false narrative that al-Qaeda is on the run continues to have devastating consequences for Americans. The Fort Hood shooting was a jihadist mass murder, unquestionably proven to be a terrorist attack. Coldly, the Obama administration stands firm in classifying it as "work place violence," which denies the victims combat benefits. Also, while in prison, Nidal Hasan, the shooter, received $270,000 from the U.S. government while his victims had to pay their own medical bills.

Despite knowing almost immediately that it was al-Qaeda who attacked our consulate in Benghazi and killed Ambassador Stevens and three other Americans, for weeks the Obama administration promoted the lie that the attackers were a spontaneous mob angry over a YouTube view.

Finally, after eleven months, the Obama administration has charged the first suspects in connection with the Benghazi terror attack.

Learning how to build a bomb in an al-Qaeda magazine, Dzhokhar Tsarnaev expressed his extremist Islamist beliefs by killing 8-year-old Martin Richard, Krystle Campbell, and Lu Lingzi; injuring over 260, at least 16 suffered severed limbs. And yet, the Obama administration rushed to Mirandize the surviving Boston bomber.

Secretary Kerry's holier-than-thou concern for Syrians and hostile comment to Rep. Duncan were a bit much to stomach, given the Obama administration's pattern of putting justice and compassion for suffering Americans last. "We're talking about people being killed by gas and you want to go talk about Benghazi and Fast and Furious."

Remarkably, Kerry has even opened the door to deployment of U. S. troops to Syria. Can you imagine our Air Force and troops providing military might for al-Qaeda?

How do you explain that to the families of the 9/11 jumpers, other victims of 9/11, the Ft. Hood shooting victims, the Boston Marathon bomb victims, and the four Americans killed in Benghazi, all devastated by extremist Islamist terrorists, al-Qaeda?