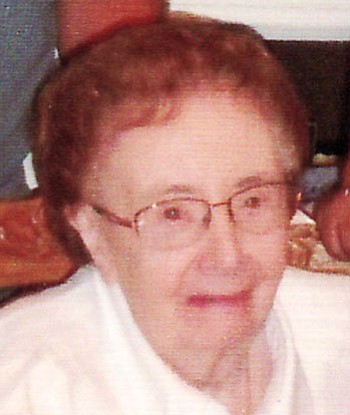 In 1960 the family moved to Kingman as John became manager of the Felspar Mill. Helen went to work for the Market Basket as a meat cutter, later moving to Central Commercial in the same job. She then went to work for Valley Bank as a teller, moving to Great West and Citibank in her banking career.

She was a member of the Order of Eastern Star, having served as grand matron and in other offices, and received her 50-year pin. She was also a member of the Past Matrons group.

She was an avid bowler in prior years.

She enjoyed attending her grandsons' and great-grandsons' ball games and was a big Diamondback and Suns fan. She was a loving mother and grandmother who was always there for everyone. She also liked to bake and shared with all she knew. She was a loving friend who will be greatly missed.

She is preceded in death by her husband, John Eaton; her parents; her siblings, John (Alice) Delaney, Francis (Betty) Delaney, Marjorie (Irvan) Greenacre and Mildred (who died as an infant); and various nieces and nephews.

In lieu of flowers, please make donations to your favorite charity.