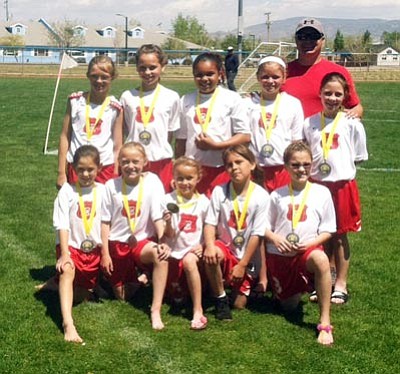 On the 12th, Kingman defeated Chino Valley 3-2 and Anthem 5-2. The following day, the local girls beat Prescott Valley 3-0 before losing to North Phoenix CCV in the championship, 2-0.

The team has been together since December and have appeared in four tournaments.

Kingman is next scheduled to play at the Flagstaff Soccer Tournament May 17-19.