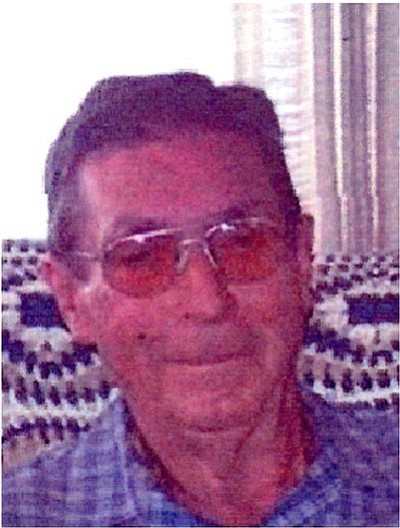 David Clifford "Cliff" Wofford, 82, of Kingman, went to Heaven on Dec. 3, 2014, very peacefully at Everlasting Guest Home with the comforting presence of his daughter, Fay.

Cliff was born and raised in Eagletown, Okla., and he was part of a large family of 12 children. He moved to California in 1949 and became an apprentice in carpentry, which became his career.

Cliff married his wife, Levena, in 1950 and they lived in California until they moved to Arizona in 1980. Cliff volunteered at the Church of Christ in Golden Valley, where he attended church. Cliff also loved fishing so much that he jokingly said to bury him with a fish.

Cliff was preceded in death by his wife, Levena; his son, David; daughter, Kathleen Collins; his parents; several brothers; and two sisters. He is survived by his daughter and her husband, Carle and Fay Basenberg of Banning, Calif.; daughter-in-law, Diane Fike Wofford; six grandchildren; five great-grandchildren; one brother; and two sisters.

A private family memorial will be held at a later date.

In lieu of flowers, the family requests donations to your local hospice, American Cancer Society, or church of your choice.