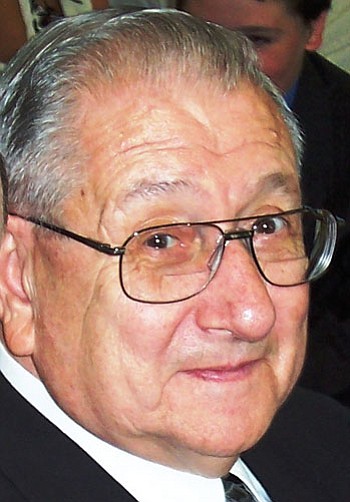 He was a Marine for more than eight years and was in the Illinois and Missouri Air National Guard for more than 20 years. He graduated from the University of Illinois in Champaign-Urbana, and was an electrical consulting engineer. While in Kingman, he worked for Mohave County and was active in the Marine Corps League, Elks, VFW and several other local organizations.

He is survived by his wife, Duey Buchanan; daughter, Barbie Trapp and her husband, Tom Trapp; and two grandsons: Chris (Trapp) Buchanan and Nicholas Trapp.

There will be a memorial service celebrating his life, including a military honors ceremony, at the family gravesite in LeRoy, Ill., on April 27, 2015.