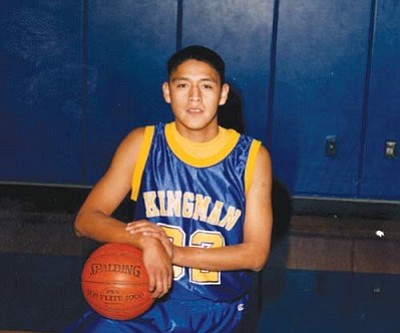 He attended Peach Springs Elementary and Kingman High School. He graduated in 1998 with athletic honors.

Everybody enjoyed watching him play basketball. In high school, his teammates were Doren, Marlin, Manny, Presley and Armondo. They were awesome!