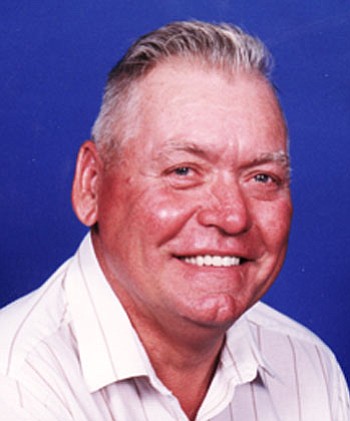 He was born on Aug. 28, 1935, in Homer, Neb., to Tom and Martha O'Dell. They later moved to a farm in Loveland, Colo., where he was raised. When he turned 16, he started crushing cars and worked all over the western United States, including Nebraska, North Dakota, South Dakota, Wyoming, Colorado, Idaho and Utah. He lived in Roosevelt, Utah, from 1989-2003 and owned O'Dell Salvage. He loved his work, worked hard all of his life, knew his metals and was a very smart man with a heart of gold. He loved and spoiled his wife and loved his stepchildren and grandchildren as if they were his own. He smiled all the time and loved to tease people. He loved to make everyone smile and laugh.

A memorial service is being arranged by Cedar Hills Church and will be announced at a later date. In lieu of flowers, the family has asked that donations be made to any reputable animal rescue.