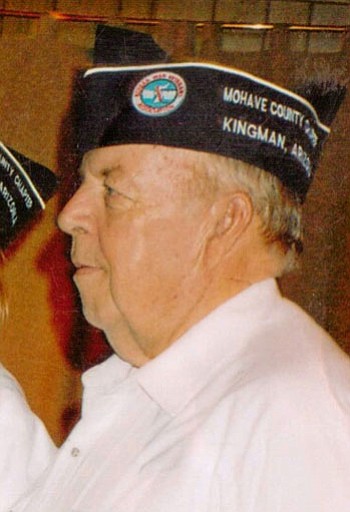 Arthur E. Wilson passed away peacefully on Nov. 30, 2013. He is succeeded by his wife of 60 years, Marjorie Wilson of Kingman.

Arthur was born in Austin, Minn., on March 21, 1934. Arthur's parents are Margaret and Donald Wilson Sr. Arthur has lived here for 26 years and moved here from St. Paul, Minn. While he was living in Kingman he had a route delivery for the Kingman Daily Miner for 19 years.

Arthur was in the Army and was also a member of the Korean Veterans' Association organization of Kingman.

Arthur is survived by his loving wife, Marjorie Wilson; daughters Patricia Buffington of Ritchfield, Minn., and Pamela Smith of Kingman; and sons Thomas Wilson and Raymond Wilson, both of St. Paul, and Michael Wilson of Kingman. Arthur has 16 grandchildren and very many great-grandchildren.