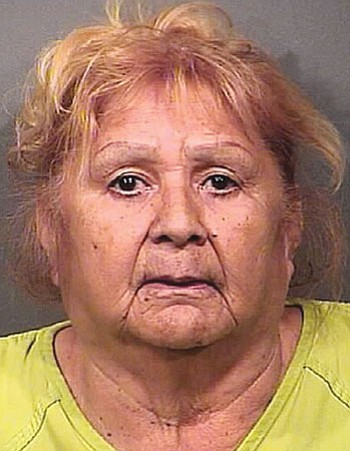 KINGMAN - A 70-year-old Phoenix woman was arrested for allegedly trying to smuggle heroin into the Arizona State Prison-Kingman on Saturday.

Mohave County Sheriff's deputies responded to the prison in Golden Valley at about 10:15 a.m.

A captain at the prison reportedly told deputies that Jennie Diaz Osuna was at the prison to visit her son when she set off the metal detector.

Osuna was searched and prison employees allegedly found a black bundle wrapped in tape that was about eight inches long and an inch wide. A brown powdery substance that reportedly field-tested positive for heroin was inside the package, wrapped in aluminum foil and cellophane.

However, Anderson reportedly told deputies that she and Osuna carpool together to visit their sons, who are serving time.