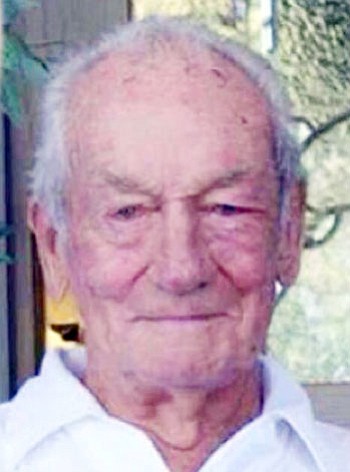 Longtime Kingman resident Lloyd Nash passed away peacefully in Cottonwood, Ariz., on June 30. He was born in Oil Trough, Ark., on June 21, 1923. Lloyd moved to Arizona at a young age and eventually met and married his wife Don Nell Lewis (Nash) in the summer of 1942.

After serving in the Navy during World War II on the USS Midway, he returned to Arizona to become a bartender, pool hustler, big game hunting guide, fishing enthusiast and a successful business owner. Of all his accomplishments, he was most proud of being the father of four beautiful daughters, nine grandchildren and 22 great-grandchildren. He was happy to talk about his family to anyone who would listen.

Lloyd is survived by his wife of 72 years, Don Nell Nash; and also his daughters, Shirley Phelps (Marvin), Gail Cammallari (Pete), Penny Hunter (Ron) and Suzette Maharry. He is also survived by his sister, Alverna Cantrell of Dodge City, Kan.

There will be a memorial for family and friends at noon Saturday, July 12, at the Verde Village Clubhouse located at 3901 E. Del Rio Dr. in Cottonwood.