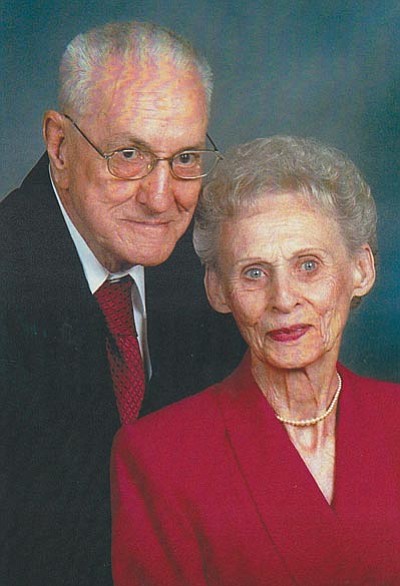 D.B and Eva Koehler celebrated their 72nd anniversary on May 31, 2014. They met when Eva was playing the part of an angel in her church play. D.B. had gone to see the play with his mother and said to her, "See that angel? I'm going to marry her." And 72 years later, he still calls her Angel and kisses her every day. They have seven children, 24 grandchildren, 33 great-grandchildren, and four great- great-grandchildren. Things have not always been easy and with all those kids there was never a dull moment. They have lived a life to serve and honor God. D.B. says "If you put Jesus first, everything will work itself out from there on."

D.B had six dozen roses delivered to Eva on Saturday, one rose for every year they have been married.