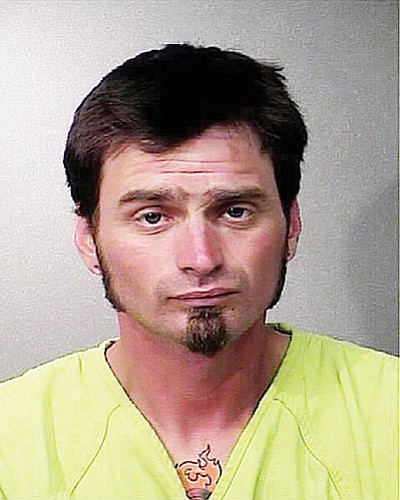 KINGMAN - A man convicted last month in the stabbings of three people will spend the next 36 years in prison.

Philip Steven Matwyuk told Judge Steven Conn at his sentencing hearing Friday that his intent on the morning of June 12, 2012 was to have makeup sex with his estranged fiancée.

Instead, Matwyuk flew into a jealous rage early that morning and nearly killed a man while he slept and seriously injured his ex-fiancée and her sister before threatening a babysitter.

Convicted by a jury last month of attempted second-degree murder and nine other counts, Matwyuk, 29, maintained his innocence Friday, telling Conn he never should have gone to his former home on Gold Street.