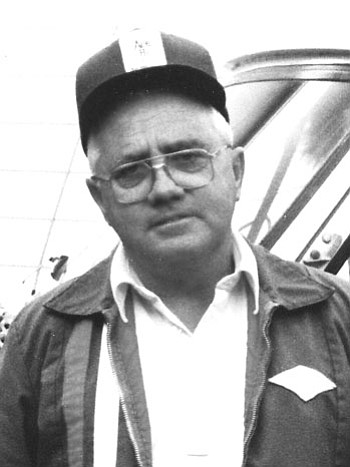 Edward was a Kingman resident since 1967. Mr. Walker was retired from the United States Navy, a veteran of World War II and the Korean War. He spent most of his military career serving on submarines.

He was also retired from Pennzoil, having worked at the Duval Power Plant at Mineral Park and on a sulphur barge in Galveston, Texas.

Ed was born Feb. 12, 1927, to John and Mary Walker of Ohio. He married Betty Hall in 1947. He married Helen Sheehan in 1982. He was preceded in death by his parents, brothers Bill, Casey, Bert, and Bobby Walker; his sister, Sally Garstka; his first wife, Betty, granddaughter Monica Perea; and grandson Ryan Perea.

He is survived by his loving wife of 32 years Helen; his brother, James Walker of McDonald, Ohio; his daughters, Shirley Walker Moline and Mary Walker, both of Kingman, and Linda Walker of Phoenix; and his son, Edward C. Walker (Rhonda) of Kingman.

Services will be held at 11 a.m. Saturday, March 15, 2014, at Sutton Memorial Funeral Home, 1701 Sycamore, Kingman. Graveside services will be private.

"Dad, your guiding hand on my shoulder will remain with me forever." Author unknown.