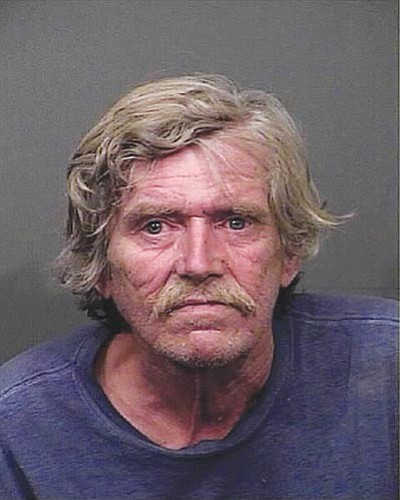 GOLDEN VALLEY - A Golden Valley man is in jail after allegedly shooting his roommate in the hand before trying to goad Mohave County Sheriff's deputies into killing him.

Donald James Klebart, 59, of Golden Valley was taken into custody Wednesday night after deputies responded to what was initially a disorderly person call at a home in the 7300 block of Unkar Drive.

Before deputies arrived, a dispatcher advised that the reporting party was at a neighbor's home and that Klebart shot her.

Deputies, according to sheriff's office spokeswoman Trish Carter, observed Klebart sitting inside near a window, holding a rifle. Negotiators used a public address system in an effort to have the man put down the weapon and exit the home, but were unsuccessful.

Klebart reportedly called 911 and told the dispatcher he did not want to come out, and then advised that he would cooperate, but that he would exit with "a gun in his waistband so that the deputies would be forced to shoot him," according to Carter.

The decision was made to have the sheriff's Tactical Operation Units enter the home. They did so and Klebart was taken into custody without incident.

He faces a felony charge of aggravated assault with a deadly weapon by domestic violence.

The woman was treated and later released from Kingman Regional Medical Center.