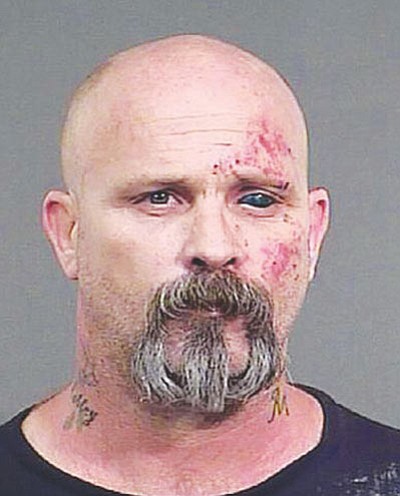 Defense attorney Stephen Duncan told Conn the attorney-client relationship had devolved to the point he could not adequately prepare for trial.

"I have irreconcilable conflicts with my client," said Duncan. "I don't believe I'm able to assist in the preparation of a defense any longer."

Duncan said Rivera has dismissed his advice not to communicate with the court or prosecutors.

"We have two contradictory opinions on how to proceed," he said. "There are definite irreconcilable conflicts and it's impeding my ability to practice law. I have other clients."

Moon provided Conn with case law regarding how a defendant's conduct could cause him or her to forfeit their right to counsel, but the judge didn't think Rivera's behavior was the issue.

A prior report in the Kingman Daily Miner erroneously stated Rivera fired two prior attorneys. He was allowed to terminate the representation of his first attorney. Duncan was the second attorney appointed to defend him.

"This sounds like old news to me," said Conn. "I thought we were proceeding along to trial ... I haven't received communication from the defendant for months."

Conn said he was "troubled" by Duncan's suggestion that his law practice is suffering.

He questioned whether Duncan had "bitten off more than he could chew." He read state laws regarding attorney withdrawals from cases and said none of them applied to Duncan's argument.

"He may not be the easiest client and this isn't the easiest case to defend," Conn acknowledged before denying the request.

According to those men, Rivera hit Gerenscer at a high rate of speed and then circled back to strike the victim again as he lay on the ground.

Rivera told Kingman Police officers the killing was an accident, but a number of witnesses disputed that contention.

Rivera also faces a felony charge related to the alleged assault of a corrections officer at the Mohave County jail last November.