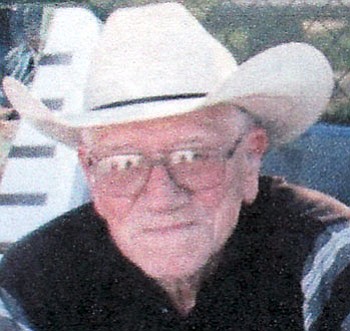 Norman Lee Modesett passed away peacefully in his sleep on March 16, 2014, in Kingman. He was 85 years old.

Norm was born on May 23, 1928, in Graham, Texas, to Harry and Ione Modesett. He married Christine Rice in 1946 and they raised five children together. Norm lived most of his life in various cities in California; the last five years with his youngest daughter in Kingman.

Norman was a veteran and served in the US Merchant Marines, in 1944. Having his own business, he made his living as a machinist; designing and manufacturing motorcycle competition equipment and two-way radio accessories, under the name of Modesett Engineering. He was still inventing in 2012, making 4-H animal carry cages.

He raced motorcycles and won many competitions and was even mentioned in the magazine, Cycle World. He was an avid bowler for more than 30 years. Lovingly nicknamed "Alley-Oop," this name stuck with him for the rest of his life. Norm was still riding his ATV in 2012 and bowling in 2014. Norm loved fishing in Arizona and spent much time gardening in his wonderful cacti garden.

A memorial/celebration will be at 11 a.m. Friday, May 23 at Manzanita Baptist Church, 2040 Golden Ave. In remembrance of Norm, the family requests a contribution of small cacti, that will be planted in his garden.