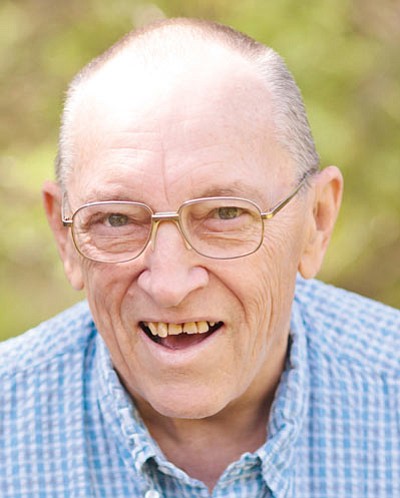 Harry "Roger" Pease, 74, passed away peacefully on May 15, 2014, in his Golden Valley home, surrounded by his family, after a long and courageous battle with cancer. Roger is preceded in death by his parents, Harry and Frances Pease, and his brother, Richard Pease.

Roger is survived by his loving wife of 42 years, Carol. They were married Oct. 20, 1972, in Cummington, Mass. He also leaves his six children, Brian (Peggy) Pease and Michael (Marie) Pease, all of Orange Park, Fla., Lisa (Ron) Briggs of New River, Ariz., Scot Bates of Ossining, N.Y., Leslie (Chris) Rogakis of Broomfield, Colo., and Donald Pease of Phoenix. He also leaves behind 15 grandchildren and five great-grandchildren.

Roger was a talented auto body man and owned several successful businesses over the years. He especially enjoyed refurbishing antique cars and was known for his detail-oriented work that produced show quality results. In later years, he became a real estate appraiser and retired in 2008. In his spare time, he enjoyed woodworking, and was an avid fan of most sports, especially baseball and basketball.

He was a long-time Friend of Bill W and served as an inspiration and sounding board for those who needed someone to listen or help. Life was not always easy, but his attitude and perseverance kept him, and those around him, going when times got tough. He was a relatively small man in stature and an incredibly huge man in presence. His passing leaves a huge hole in a lot of lives and he will be missed by many. He was a great man whose standard goodbye was always "see ya at the ranch" delivered with a big grin and a wink. So, Roger, rest now, and we'll see ya at the ranch!

A memorial service will be held at 1 p.m. Friday, May 23, at the Kingman Christian Church, 2830 Gordon Drive.

In lieu of flowers, memorial donations may be made payable to the University of Arizona Foundation/UA Cancer Center and mailed to 1515 N. Campbell Ave, Tucson, AZ, 85724.