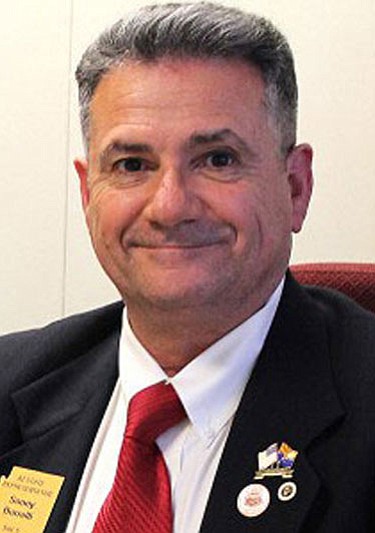 KINGMAN - Rep. Sonny Borrelli breezed to a second term in the statehouse Tuesday, as did fellow Republican, Dr. Regina Cobb.

The pair will represent residents of Mohave and LaPaz counties in District 5 of the state House of Representatives after winning by large margins over their two Democratic opponents.

Borrelli, R-Lake Havasu City, unofficially tallied 21,790 votes and Cobb, a Kingman dentist, got the nod from 20,895 voters in Mohave County, as the first numbers came in just after 8 p.m.

Democrats Joe Longoria of Kingman earned 7,644 votes and Beth Weisser of Golden Valley was the choice of 7,368 voters.

The outcome - which will remain unofficial until the election is canvassed - surprised nobody in the heavily Republican district.

"I'm elated, humbled and honored to be the representative for our county and our legislative district," said Borrelli, R-Lake Havasu City, about 9 p.m. Tuesday.

"I've got a strong teammate in Gina Cobb and we're both excited to get to work. I'm really excited to make Mohave County significant and not be overshadowed by Maricopa County."

Cobb said her supporters throughout the district worked as hard as she did to win election.

"I want to thank everybody for voting," she said. "We had a good turnout and that's exciting. It means people are engaged."

Cobb said she would hit the ground running in the Legislature. "I'll be a champion for our district," she said.

"I'm really excited to work with this awesome team," said Ward at a campaign event Monday.

Borrelli and Cobb recently told the Miner their main concerns regard federal issues, such as border security, and what they perceive as federal intrusion into state affairs.

Borrelli won a second term in the statehouse.

Cobb will fill the vacancy left by former Rep. Doris Goodale, R-Kingman, who did not seek re-election.