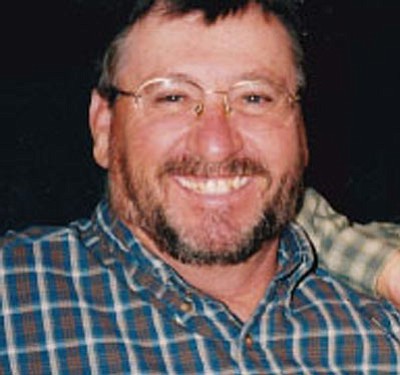 Robert Charles Bean went home to be with the Lord on Sept. 30, 2014, at the age of 62. He passed away peacefully at home to the gentle sounds of his daughter and his best friend, Dennis Pugh, playing guitar for him and his wife, Diana, by his side.

Those who are still here on Earth waiting to reunite with him someday are: his wife, Diana Bean; his daughter, Jennifer Nelson; his son, Anthony Bean; three stepchildren he loved as his own; his two sisters, Sharon (David) Reyes and Diane Rice; his brother, Rodney (Jackie) Bean; his 11 grandchildren; one great-grandchild; numerous nieces and nephews; and his dogs, Chip and Charlie.

Robert had lived in Kingman for the past nine years but had been a longtime Arizona resident, having enjoyed life in Casa Grande and Cottonwood.

Robert spent most of his years working as a telephone construction foreman for many different phone companies.

He will always be loved, missed and remembered as a kind man who was quick to smile.