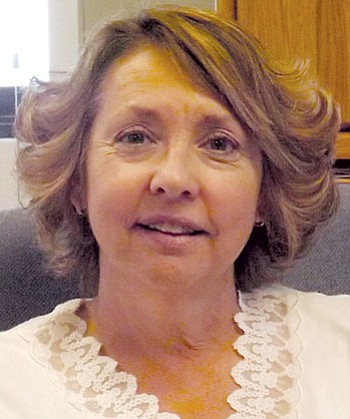 KINGMAN - If her current lead of about 18,000 votes holds, Arizona will elect as superintendent of public instruction a tea party Republican who has made eliminating the state's version of the Common Core State Standards central to her campaign.

Diane Douglas' stance on the Common Core has aroused concerns among education advocates and contributed to the Arizona Chamber of Commerce and Industry's decision to endorse Democrat David Garcia.

Several school superintendents in Mohave County are worried about the impact Douglas' designs on Common Core, called Arizona College and Career Ready Standards, would have on their districts. Susan Chan, superintendent of Kingman Academy of Learning, said educators in her four schools would continue to teach the standards.

"Douglas ran on killing Common Core, but what will she give us to take its place?" questioned Chan. "I don't want to go backwards in time to what we had. Arizona students are already behind other students and they need help to be able to compete in the global marketplace. Yes, the standards are high, but don't take them away without providing a viable alternative."

Mark Coleman, superintendent of the Littlefield Unified School District's two schools, said he supports Common Core and the idea of a common assessment system, which already occurs as part of the national advanced placement system. And he questioned Douglas' motives for wanting to throw out the state's standards.

"No disrespect meant to the incoming state superintendent, but if she's just saying she's against all of Common Core, what does that really mean?" said Coleman. "Is she against common assessments and expectations? I don't see why she's totally against it unless she doesn't understand it and is fabricating things. Keep in mind that John Huppenthal has shown us that someone can be a state superintendent and still make very poor decisions."

Huppenthal used various pseudonyms from 2010 to 2012 to leave hateful comments in response to local bloggers and was caught in June. He apologized for the comments, which were critical of Spanish-language media and people receiving welfare.

Should Douglas win, does that mean she could eliminate Arizona's College and Career Ready Standards?

The short answer: No, at least not on her own.

The superintendent of public instruction's role is implementing policies, including the decision to adopt the Common Core standards, that have been approved by the State Board of Education. The superintendent is among the board's 11 members but has just one vote.

"Regardless of who is the superintendent, the fact remains that it is the State Board of Education's role in what the state standards are going to be," said Jonathan Butcher, education director at Goldwater Institute, an independent group that advocates for limited government. "It is not as though any superintendent could simply flip a switch when they walk in and Common Core would disappear."

However, Douglas could use the position to influence the Legislature, according to Chris Thomas, the Arizona School Boards Association's director of legal and policy services and general counsel. While the State Board of Education determines the standards, the Legislature also has the authority to step in and make a final decision if needed, Thomas said.

"As superintendent, you're the implementer," Thomas said. "But she also has the power of the pulpit in her position, so she could certainly work with the Legislature, people of same mind, to change some things."

Douglas didn't respond to an interview request, and an aide said Garcia wouldn't comment while the race was undecided.

There has been some sentiment among conservatives in the Legislature for doing away with the Common Core standards, with Republicans offering several unsuccessful bills during the last session.

A bill by Rep. Justin Pierce, R-Mesa, that would have prevented the state Department of Education, Board of Education and schools superintendent from adopting federally mandated educational standards, curricula or instructional approaches made it to Gov. Jan Brewer, who vetoed it.

What Republican Doug Ducey, Arizona's incoming governor, may do about Arizona's College and Career Ready Standards remains to be seen. He told The Arizona Republic in March that while education standards are important and necessary, "Ideally, such standards should come from the state itself and not be imposed top-down from Washington."

Earlier this week the State Board of Education adopted AzMERIT, an assessment that will replace the AIMS test. Thomas said it's been a long process preparing districts for the Common Core standards, from investing in professional development for teachers to adopting the new assessment test.

"We're in midstream at this point, and if we were to stop that right away, it would be very disruptive to the learning environment for our students," Thomas said.

Alicia Canales of Cronkite News contributed to this story.