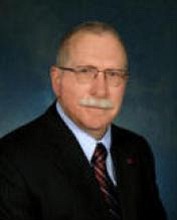 PHOENIX - The state agreed to settle a lawsuit filed on behalf of 33,000 Arizona inmates over the quality of health care in prisons, signaling an end to the class-action case before it went to trial, officials said Tuesday.

The lawsuit filed in 2012 against Arizona Corrections Director Charles Ryan and another prison official alleged state prisons don't meet basic requirements for care, and that prisoners face dangerous delays and denials of treatment.

The lawsuit alleged the failure of a prison medical staff to diagnose the metastasized cancer of one inmate resulted in his liver enlarging to the belly size of a pregnant woman at full term.

Another inmate with a history of prostate cancer had to wait more than two years for a biopsy. And nothing was done for a prisoner who suffered from depression and told staff members he was suicidal before killing himself, the lawsuit states.

It also said critically ill inmates were told to be patient and pray to be cured after they begged for treatment, and that prisoners in isolation cells often went months without meaningful interaction with other people and suffer psychologically from it.

Prison officials have denied the allegations.

Prisoners who filed the lawsuit weren't seeking monetary damages and instead asked for a court order declaring that Arizona's prisons violated the Eighth Amendment right of inmates against cruel and unusual punishment.

The settlement requires the state to reimburse lawyers for the plaintiffs as much as $250,000 a year for the costs of their efforts in monitoring whether the prisons are making the necessary changes.

"More than 90 percent of all prisoners are getting out one day and they are going to live next door to you and me," said David Fathi of the American Civil Liberties Union, which helped press the case.

Ryan, in a statement, said the settlement allows the state to avoid the financial costs of a trial and that the current policies and recent enhancements adequately address prisoners' concerns.

"This is positive news," Ryan said.

As part of the settlement, the state also agreed to offer all prisoners between ages 50 and 75 colon cancer screenings. The settlement also sets requirements for treating prisoners with diabetes, high blood pressure, HIV and other chronic diseases.

The prisons, for instance, will have to devise treatment plans within 30 days after a prisoner's chronic disease is identified.