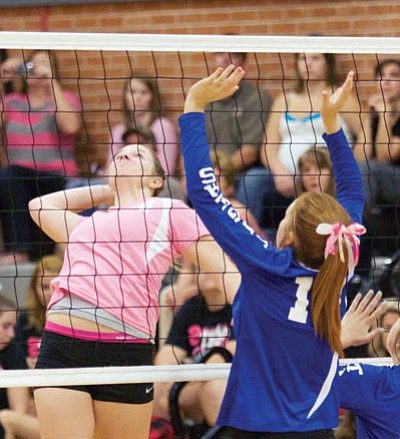 KINGMAN - The first time around, Lee Williams and Kingman Academy battled into the fifth set in a match pulled out by the Lady Volunteers. It was a different story Monday at LWHS when Lee Williams sent the Lady Tigers to their ninth consecutive defeat, 25-17, 25-19, 25-15.

"My girls played well defensively, but they struggled on offense," said LWHS coach Traci Rosenbach. "I'm proud of the outcome."

"Watching the girls come together is nice to see," Rosenbach said. "They have a good future ahead of them as a team. I'm excited to see what's to come."