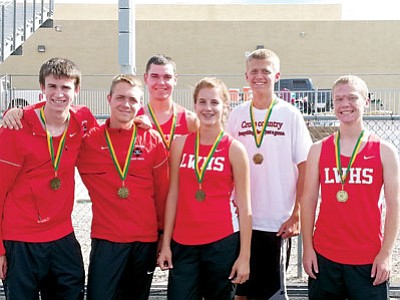 "Brendon ran a great race," said LWHS coach Joan Abraham. "It was a personal best for him and one minute faster then he ran at state last year."

Allred's time has him No. 5 in Section I and No. 8 in Division III.

Lake Havasu won the girls team race with 21 points. Mohave (50) was second and Kingman Academy (70) came in third. Lee Williams and Needles did not qualify for the team race.

The teams are preparing for the section championships Nov. 1, which are the state qualifying races.