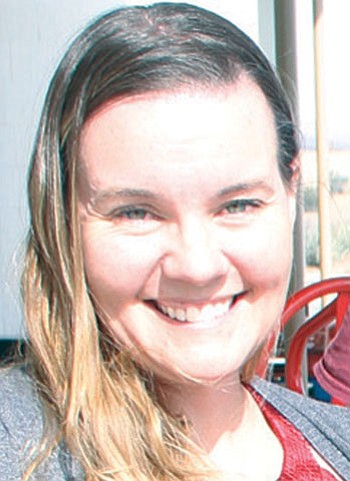 KINGMAN - With the recent heated discussion among Arizona officials and the resulting flurry of legislative bills about Common Core and student assessment, questions arose about the fate of AzMERIT, the new statewide achievement test.

Would the test, officially called Arizona's Measurement of Educational Readiness to Inform Teaching, really take place this spring? Or would it be quickly scrapped, like the state's longtime achievement test, Arizona's Instrument to Measure Standards, or AIMS, was late last year so it could be replaced by AzMERIT?

Those questions were answered March 30 as school districts, including Kingman Unified School District, began administering the AzMERIT test. Those offering an online version, as KUSD did, are giving it through May 8, while those providing paper tests, such as Kingman Academy of Learning, may do so April 13-24.

"For our district, there was no question that we would test," said Sarka White, KUSD's assessment and professional development director. "There was a legislative and educational push for not having a test, but we need this information. We're now in our second year of teaching the new standards and we have no measure of how our students compare to those in other states."

At KUSD, about 5,000 of the district's approximately 6,900 students will be taking some part of the test. Across Arizona, about 750,000 students are expected to participate in the testing, which is for students in third through twelfth grades. About 40 percent of the state's districts will test on computers, while about 60 percent will use paper tests.

AzMERIT replaces AIMS for reading, writing and math, and the testing takes place over two or three days, which can be spread out during the testing window. AzMERIT is untimed, and is shorter than AIMS for third- through eighth-graders.

For high-school students, it will be given at the end of English and math courses, similar to a final exam. Also, they will no longer have to pass the test to graduate. The AIMS science test will still be administered to students in fourth and eighth grades, and in ninth or tenth grades at the end of a biology course.

Third-grade students at Manzanita Elementary School took the writing portion of the AzMERIT test last week and several gave it a "thumbs up" rating.

"It wasn't hard," said student Kylee Benson. "There was only one question, and it was really kind of easy."

Student Sylvia Allenorendain agreed, noting "the test was good, because we could type and I like typing. I thought the test would be hard at first but it wasn't."

AzMERIT was created last fall after the Arizona State Board of Education awarded a $19 million contract to American Institutes for Research. AzMERIT was to be the statewide test for Arizona's College and Career Ready Standards, a re-named form of Common Core, which is a controversial national educational system implemented in 2013 in Arizona.

Diane Douglas, the new superintendent of public instruction for the Arizona Department of Education, ran on a platform opposing Common Core and has supported legislative bills that would repeal it and allow the state to create a menu of nationally recognized statewide tests. But in March the state Senate killed a bill that would have repealed Arizona's version of Common Core after Gov. Doug Ducey said it wasn't necessary.

KUSD began training for AzMERIT this year, and White met with district teachers each Wednesday morning. She also conducted a two-week series for about 100 educators here and in surrounding school districts, focusing on testing requirements, classroom instruction, expectations for each grade level, student outcomes, and the use of computers.

"This type of testing supports our students being geared to college and career, and putting what they're learning in real situations," said White. "Our educators weren't educated this way, but they're having to teach this way while learning new standards and delivery.

"It's hard for them to wrap their heads around computer-based assessment, but they saw that it allowed students to explore and show what they know, which is extremely positive. We're very excited about this test."

Results from the test, which is different from AIMS because it requires students to either listen to or read - or both - passages before them, won't be available until the fall, said White. And the scores may be lower than usual, she added, because the assessment and use of computers to complete it are new to districts.

Because of that, the Arizona Legislature decided in December to suspend school letter grades for two years. KUSD and KAOL both scored a B in last year's annual rating. The letter grades have been handed out to charter and public schools since 2011 by the ADE and are mainly determined by students' academic growth and their performance on AIMS tests.

"This will allow us to position ourselves and make corrections in a safe environment," said White. "The exciting thing is that we can give the assessment and compare the results to our own internal data, then adjust it accordingly. It helps us learn more about what our students know and how to modify it so they're geared better for college and careers."

AzMERIT: New exam shows gaps in student achievement
Testing bill source of concern for Kingman educators
Does your school meet the grade?
Education changes cause control concerns
Education: What Is Next for Arizona Schools?