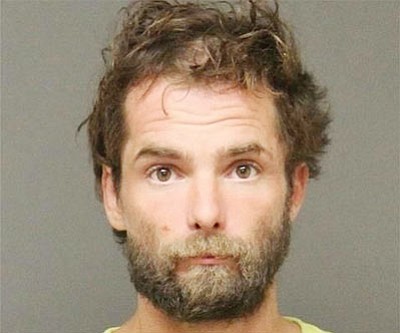 KINGMAN - A man in jail on charges of sexual assault and manufacturing methamphetamine allegedly attempted to escape from a Mohave County jail detention officer Friday.

Benjamin Leigh Hoaglin, 32, a transient, reportedly ran after a hearing at the Mohave County Superior Courthouse on Spring Street at about 4:50 p.m., according to sheriff's office spokeswoman Trish Carter.

He didn't get far.

Hoaglin, according to Carter, hesitated as officers attempted to place inmates in a jail van before he "broke and ran." He was quickly caught after a brief struggle.

In another case, Hoaglin was indicted on a felony count of sexual assault and he and Burbridge were also indicted on theft of credit card and taking the identity of another.

The pair was arrested in Lake Havasu City in early March after a woman visiting Lake Havasu told police she was raped while taking photographs near the Bridgewater Channel.

The woman reportedly told police she woke up on the sand with her purse missing and only remembers talking to a man.

Hoaglin was located at a homeless camp near Lake Havasu City after detectives saw him on surveillance video using the woman's credit card. They allegedly found the card, along with items used to make meth.