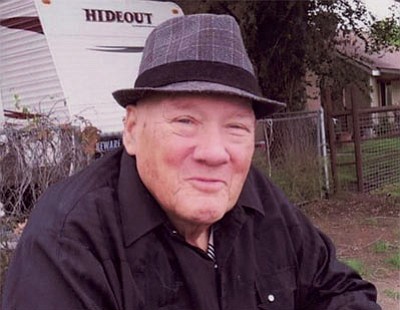 Heaven gained an amazing angel on April 17. B.J. lost his battle with cancer. Everyone who ever had the pleasure of meeting and loving this man knows he's a very loving, selfless spirit. He would do anything for anyone.

B.J. was a very talented musician whose voice would melt anyone's heart. He also drove a truck for IWX in Kingman for many years. He is preceded in death by his oldest son, Bobby James Murphy, and his three beautiful granddaughters: Angel Godbehere, Tawny Kemper and Hailey Burrow.

He is survived by his wife, Darlene Murphy of Kingman, his ex-wife, Carolyn Higgs, who is his close friend, his children, Tonya Murphy, Crystal Ferguson, Joseph Ford, Chad Ferguson, Tammy Gilliand, Billy Joe Murphy, Melissa Garza, step-children Trisha Hilton, Carla Godbehere, Tommy Mullen, 20 grandchildren and six great-grandchildren. He also raised many children who were not his. People like him are not born every day!

His celebration of life will be held at 10 a.m. Saturday, May 2, at Praise Chapel, 419 Harrison St., with reception to follow at Metcalfe Park.

Some people come quickly into our lives and leave, while some stay a while, leaving footprints on our hearts and we are never the same.