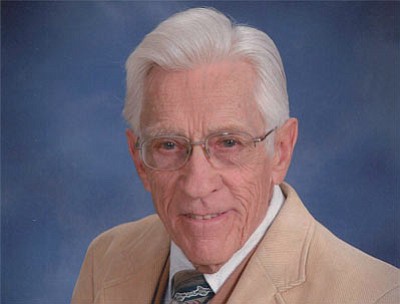 James resided in Kingman for the past 29 years. He was a member of College Park Baptist Church.

He was preceded in death by his wife of 63 years, Frances.

James is survived by his daughter, Suzanne Lowder, and son-in-law Michael Lowder.

His love of music flourished and grew and he became a music major and choir director. He moved to Colorado and found that he also enjoyed acting and was in many productions. His love of horses was a major part of his life as well. He ran a stable in Colorado and always had a horse around. He ran Keenedge Knife Sharpening for over 10 years here in Kingman.