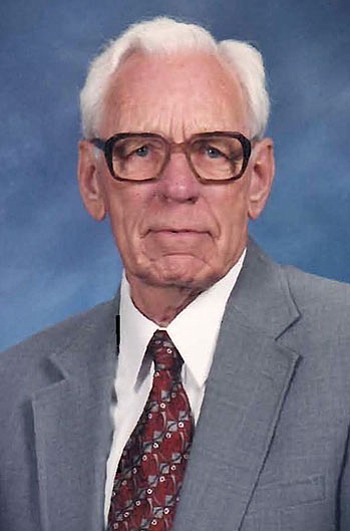 John Kloosterman Jr. left this world on Nov. 27 to be warmly embraced by his heavenly Father. He was joyously welcomed by many friends and relatives who have been waiting for him.

John was born March 28, 1930, in Paterson, N.J., to John and Eva Kloosterman. He was the oldest of three children. He married Loretta (Lee) Hutton on June 20, 1953, and started married life in Paterson. Shortly after the birth of their daughter, LeeAnn, they moved to Oakland, N.J., where John opened a three-bay service station and became a well-known and trusted mechanic in town. He later sold the service station and opened an auto parts store in nearby Boonton, N.J. He sold that business in 1978 when his son John graduated high school. They fulfilled a life long dream of leaving New Jersey and moving to Arizona.

In Kingman, John continued his entrepreneurial ways by owning auto parts stores and used car lots, investing in real estate and working as a real estate agent for a time. His passion was always cars, however, and he usually bought a new car every year or two. He was particularly fond of very fast cars.

Besides raising a family and managing businesses, John was a member and volunteer for the Elks, where he served as Exalted Ruler while in New Jersey. He was always on call for Search and Rescue. He was a special police officer for 20 years and was also a 20-year forest fire professional.

After moving to Arizona, he continued his volunteer work in Elks and became a 53-year member. John was honored by Search and Recue for his many years of service which spanned 59 years in both New Jersey and Arizona. He loved to tell stories about the many successful searches he participated in, and there were many.

John never saw a dirt road he did not like. He spent more time four-wheeling over roads that did not look like a road than he did on blacktop. I also think the man could catch fish from a bathtub. He said that he never lost in a poker game. He also said that he never told a fib.

John was a very active member of St. John's Methodist Church. While serving as chairman of the building committee, he oversaw the construction of the new sanctuary. He also served in many other areas of ministry and was an active participant in the men's Wednesday morning Bible study for many years. Another ministry passion of his was the Answers in Genesis Creation Museum and Ark Encounter in northern Kentucky.

A memorial service will be held at 2 p.m. Saturday, Jan. 23, 2016, at St. John's United Methodist Church. It will be a joint service with Benevolent Order of Elks. Search and Rescue will be in uniform to honor their 59-year veteran. Since John gave so much time to help so many, he asks that donations be made to the Pastors Benevolent Fund to help those who need it most.

Arrangements were made through Sutton Memorial Funeral Home.