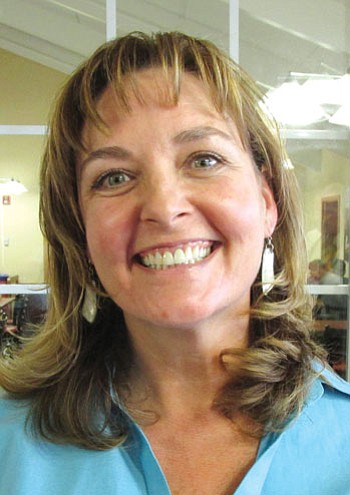 KINGMAN - According to Merriam Webster, civics is defined as the study of the rights and duties of citizens and of how the government works.

Starting in the 2016-2017 academic year, high school students in Arizona will have to correctly answer at least 60 of 100 civics-related questions - a version of the same test immigrants must pass to become naturalized citizens - in order to graduate.

The act was the first legislation Gov. Doug Ducey signed into law after lawmakers in both houses quickly passed the bill and sent it to the governor.

"I am very proud that the bill passed," said District 5 Rep. Gina Cobb, R-Kingman. "I think (former U.S.) Sen. Jon Kyl said it best: 'The Civics Education Initiative is a quantifiable first step to ensure that all students are taught basic civics.' The test is already constructed and the students have several years to pass the test prior to graduation."

For Jeri Wolsey, the director of curriculum at Kingman Unified School District, the test isn't necessarily a bad thing, but she objects to the notion students are not learning civics already.

Seniors at Kingman and Lee Williams high schools are required to take and pass a class in civics. According to the district's course guide, the class consists of the "history and heritage of the government and Constitution of the United States, the roles of the three branches of federal government and state and local governments and economics."

There is also the We the People civics course, which covers the same material as civics, but is more involved. Seniors who elect to take this course participate in a simulated congressional hearing in which they "testify" before a panel of judges.

They must demonstrate knowledge - and understanding - of constitutional principles. Students in this class also have the opportunity to evaluate, and take and defend positions on relevant historical and contemporary issues, according to the course guide.

U.S. History and World History and Geography are also required courses students must take and pass between their sophomore and senior years.

Mayor Richard Anderson said he believes the test is unnecessary, and he shares Wolsey's opinion that civics is something students learn throughout their education.

If not, they certainly should have.

"We don't like Common Core, we don't want to make sure our students are as educated as students are in other states. For God's sake, we just go overboard in Arizona thinking we need to be different when we really need to think about the kids and families."

On the other hand, Anderson believes everyone living in the country regardless of their age or status should learn everything they can about the nation and how government works. "This should be taught from kindergarten on up and I think it is," he said.

For Cobb, the requirement is a good thing despite how the test is administered.

"To those that say it is just rote memorization; they are right, but with that also comes research and constructive interaction. As a health care professional, most of my education was rote memorization. Chemistry, organic chemistry, bio-chemistry and anatomy are all taught by memorization. Would you prefer I did not have this background? The answer is no, it only enhanced my knowledge. Our future graduates will be better and more informed citizens."

Visit tinyurl.com/kdmstudy to take the test. We'll publish the results next week.