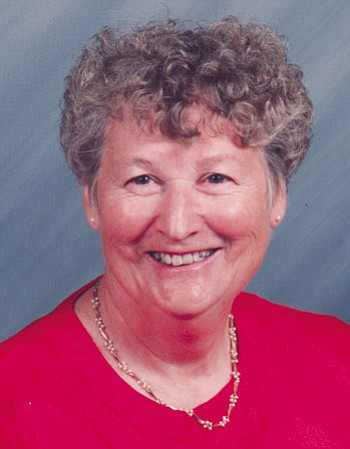 Margie Ragsdale was born April 2, 1931 in Leavenworth, Kan. to Fred and Nellie Adams. She passed away Jan. 27, 2015 at Kingman Regional Medical Center in Kingman after a short illness. Her first husband, Norman Coffey, preceded her in death in 1965, and her second husband, Vernon Ragsdale, preceded her in 1979. She is survived by two daughters, Deborah Coffey of Kingman and Trinity Demask of Arvada, Colo.; her son, John Coffey (Dorine) of Auburn, Calif.; two grandchildren, Sabrina and Richard; and two great grandchildren, Alex and Nicolis.

Margie graduated from Leavenworth High School in 1950 and went to work at Fort Leavenworth in the commissary. In 1952, she married Norman Coffey and had two children before Norman's death in 1964. When Margie married Vernon Ragsdale in 1967, she moved to Chula Vista, Calif., where Trinity was born, and later moved to Fremont, Calif.

Margie worked in electronics at companies such as Atari, Serial Co. and Komack for 20 years. She retired in 1990 and moved to Arizona to be with her oldest daughter, Deborah, who later moved in to care for her.

Margie was active in the Morning Glories and sang duet with Sister Helen in church, where she loved participating in the choir.

Services will be held at 1 p.m. on Saturday, Feb. 28, at the Kingman Presbyterian Church, 2425 Detroit Ave. In lieu of flowers, donations can be made to St. Jude's Children's Hospital or the Western Arizona Humane Society.