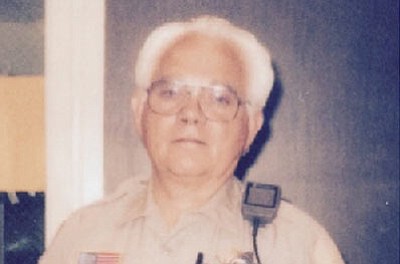 Eddie had lived in Kingman since 2006. He lived in Needles most of his life, where he was a Special Agent for BNSF from 1965 to retirement in 1988. He also worked as a security guard for the Golden Nugget, Harrah's and Ramada in Laughlin, Nev., from 1988-2003.

Eddie will be cremated by Lietz-Fraze Funeral Home and his ashes will be spread with those of his wife, Robin, in the summer of 2015.