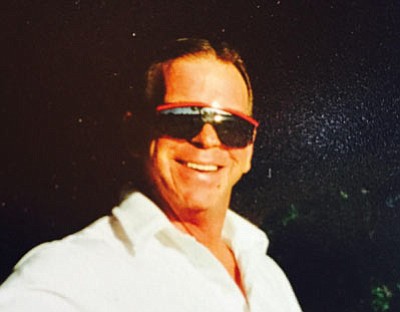 Marty graduated high school at Monument High School in Monument, Ore. He worked 18 years for Ford Motor Company and 12 years with city of Kingman Parks and Recreation prior to retirement.

Marty's life was filled with hunting, sports, four-wheeling, horses, golf and did we mention hunting? His first love! He also taught NRA classes for 16 years, as gun safety was paramount to him.

Marty played hard, was fun-loving and just crazy enough to try anything at least once. Due to serious health issues, we celebrate his freedom from pain and suffering as he returns "Home." Memorial services will be held at the LDS Stake Center at 610 Eastern at 10 a.m. July 10.