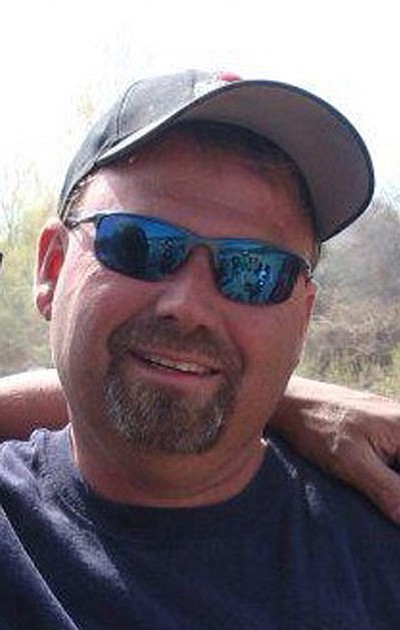 After 15 months of battling cancer, Terry Lee Seitz geared up for his final ride to Heaven's gates. Many knew Terry as an auto body business owner in Kingman who always put his heart and soul into his work and family. He was a very hardworking, giving man.

Terry was born Nov. 10, 1970, in Dayton, Ohio, and in 1992 he, along with his wife and daughter, moved to Kingman from Hesperia, Calif. He left his mark on many and respected everyone while he always had a smile along with a joke to tell. Terry found joy in cheering up others and he loved to be a motivator. His love for the outdoors and all its beauty will never be forgotten. He also enjoyed anything that had a motor and wheels, but his most favorite was motocross.

The Seitz family would like to invite all who knew and loved Terry for a service at 1 p.m. Saturday, July 18, at 1850 Gates Ave. (Kingman First Assembly of God). To follow at 4 p.m. at the Seitz family home, a celebration of his life, which Terry had wished for, will take place with food and refreshments. Address will be announced at service.