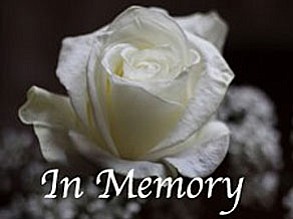 Robert Darrell Atteberry, 81, of Las Vegas, passed away at home surrounded by family on July 17, 2015. He was born in Wapata, Wash., on June 25, 1934, to Glenn and Myrtle Davis Atteberry. Robert served as a mechanic in the United States Air Force during the Korean Conflict. He developed a lifelong love for flying and obtained his pilot's license and instructor license. Bob was a jack of all trades, but enjoyed working with his hands the most, building airplanes, his own homes and many, many woodworking projects.

Robert is survived by his wife, Eula Atteberry of Las Vegas; four children, Camille (Terry) Ware, Dawna (Charles) Richert Elliston, Angela (Bryan) Piercy and William (Sherri) Atteberry; three step-daughters, Barbara King, Betty (David) Jean Hester, Carolyn Singleton. He is also survived by 10 grandchildren; 10 step-grandchildren; one great-grandchild; and 11 step great-grandchildren. So many people loved Bob and family is so grateful for all of their love and support.

A memorial service will be held at 10 a.m. Tuesday, July 28, 2015, at the Southern Nevada Veterans Memorial Cemetery, 1900 Veterans Memorial Drive in Boulder City. Family and friends can sign an online memorial guestbook at www.bouldercityfamilymortuary.com.